Three kids argued about who said it first – class mantras are hard to credit.
In my grade 5 class, we were brainstorming how we could participate in our school’s annual focus on taking more authentic action in our everyday lives. A variety of initiatives encouraged all school community members to be more impulsive and act on their reactions to life’s daily challenges for the greater good of humanity, no matter how small (or big) the gesture.
Open a door for someone. Return a water bottle to the lost and found. Tell the person who just tossed a candy wrapper on the ground to go pick it up and recycle it.
“That’s going to be hard to capture,” was my demotivating response to the ideas the kids pitched. “Catching a random act of kindness requires you to be in the right place at the right time. And the chances of those two factors crosshairing while you’re waiting with a camera aren’t in a videographer’s favor.”
“Then I’ll do it,” was a boy’s cheeky response, later clarified to mean that he would be happy to take one for the team by eating some candy, then tossing the wrapper on the ground to see if anyone would tell him to pick it up. “And someone else waits with a camera,” he added.
At first it sounded fraudulent, but the kids began to persist that if we created a problem, albeit manufactured, the solution is still genuine. We could stage a situation that requires assistance, and then record anyone who helps out of the kindness of their hearts. We concluded that it’s authentic if they don’t know we’re just pretending to…. Pretending to do what?
It wasn’t long before my class had a list of "pretendings." We could pretend to fall and someone could help us up! We could pretend to drop something and someone could help us pick it up! It became a secret mission, and everyone was on board, sworn to secrecy. 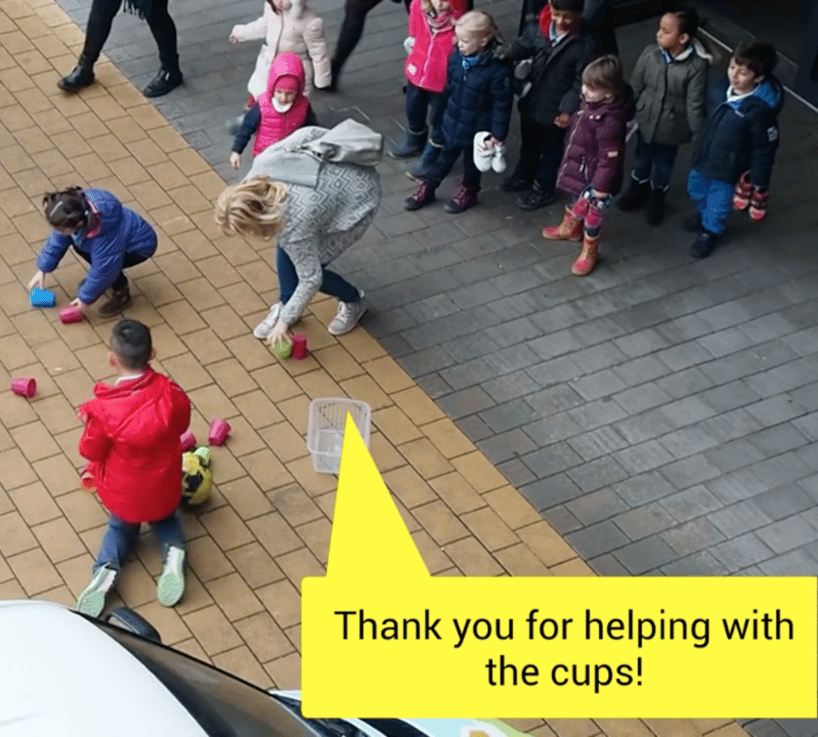 Turning a class into a team of secret agents has amazing effects on relationships, attention spans, motivation, self-efficacy, student agency, growth mindset, handwriting, bad breath, you name it. The level of engagement was a teacher’s dream.
Students had choices about the ways they wanted to participate in the project. The more interpersonal students were actors, the intrapersonal students were the spies with cameras. We had storyboard artists, script writers, audio technicians and social field researchers. Everyone played an important part.
The social field researchers scoped out various parts of the school to decide where and when each event should be staged. One actor would trip and drop something right when a kindergarten class passed by. Two other actors would spill macaroni in the hallway right before the bell rang. Classmates would be in the bushes, hanging out windows, ‘tying their shoes’ with cameras inconspicuously positioned to capture the public reactions to the set-ups.
We scheduled a day for recording the acts of kindness and left the rest of the week for editing to make the movie by Monday’s assembly.
But then something happened. Or didn’t happen, unfortunately.
The noodle picker-uppers continued to cope with their plight on their own. Another actor propped with a stack of books nine high stood before a closed bathroom door for the full passing period. No one opened the door for him, even when he timidly asked. And several people even walked by a lonely 50€ bill lying on the floor, the presumable owner standing just next to it. 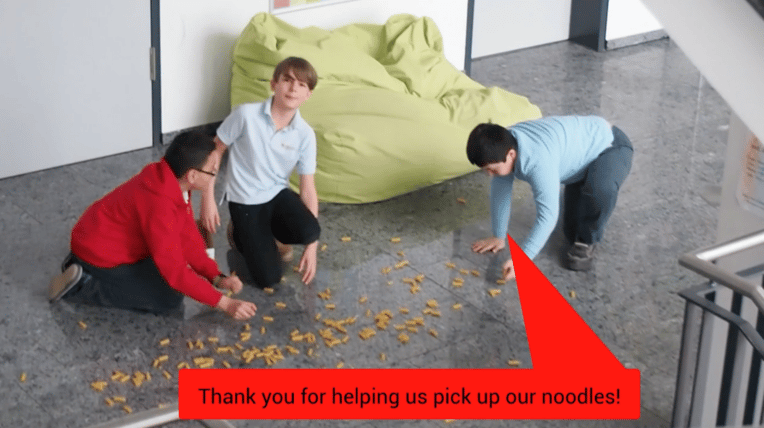 My students were surprised and understandably disappointed in the high numbers of people who simply walked by these staged events. The immediate impression was that nobody cares. People are too busy or too lazy to help. People are just mean and selfish.
This obviously wasn’t the hope for the project, and it probably wasn’t true for most cases. But what do you tell a group of ten-year-olds when they ask you why people don’t just help each other?
“Let’s look at the facts and keep an open mind,” I told them. So we turned out the lights and watched the clips.
After close scrutiny of the footage, we as a class made some conclusions. It seemed that people are often absorbed in their own worlds. They’re living their lives, concentrating on what is important to them at any given moment. Just like a stream that flows around a rock and continues on its current, so do we avoid obstacles as we navigate along our personal paths for the day. The water isn’t “being mean” to the rock it “ignores,” so maybe people aren’t being mean to the other people they neglect to interact with.
Maybe we need to give people the benefit of the doubt that when they simply walk by a person in need, it may be that they don’t absorb the story behind the scene, that they innocently just meander around an object in order to avoid collision with it. Wouldn’t they otherwise have picked up the 50€ bill and run with it if they were being selfish? 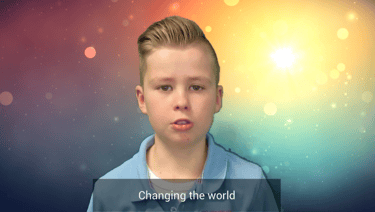 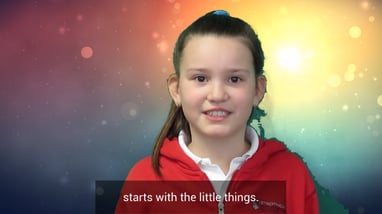 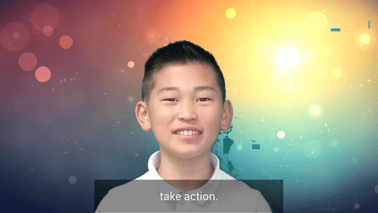 In their reflections, my students shared that although being a secret agent was one of the best ‘assignments’ they had, they were even more motivated to remember to focus on observing the whole stories of the people and situations around them. Preferably with cameras in their hands.
After another couple days of recording, enough footage was collected to make the video in time for the assembly. The final production presented the magic of kindness, which seemed to be everywhere, and something to be celebrated, embraced and practiced. The movie crew members were very proud of the project, and maybe just a little bit bewildered by the fact that a video created with “staged” events ended up to be one of the more authentic learning experiences for them.
Want to see how the final film turned out? Check it out!