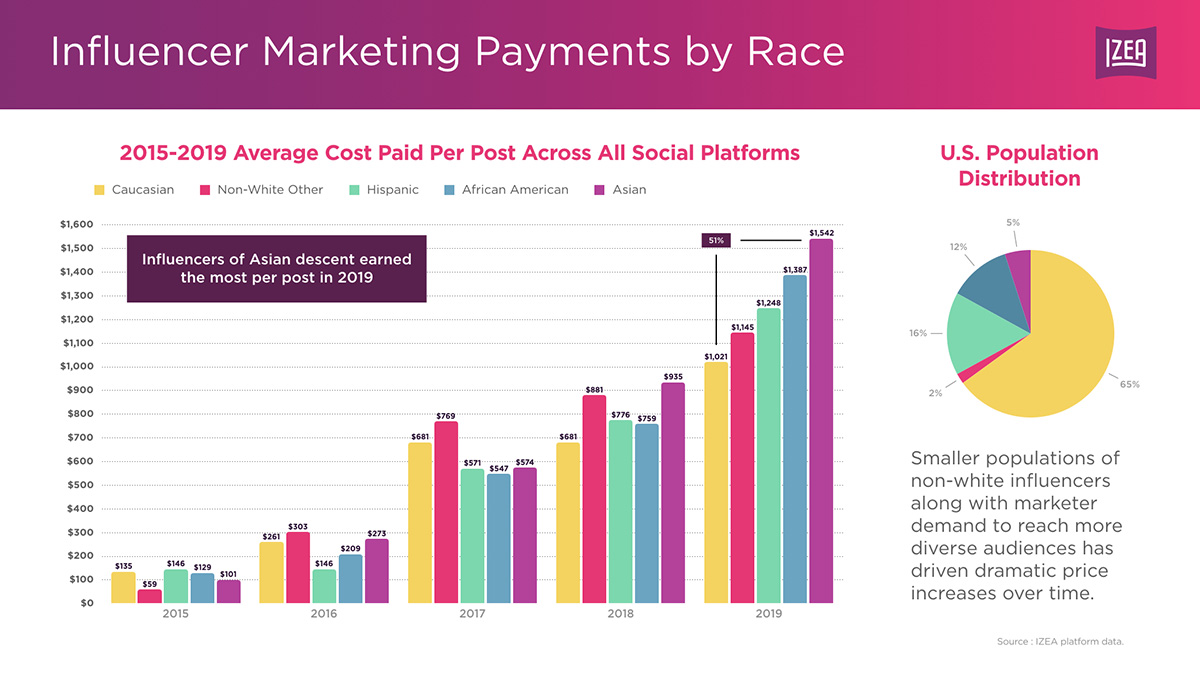 “Five years ago, Caucasian influencers received 73% of all sponsorship transaction volume,” said Ted Murphy, Founder and CEO of IZEA. “That number has been steadily decreasing and fell to 61% in 2019. Caucasians currently represent approximately 65% of the U.S. population, so we are now at a tipping point where persons of color are receiving an outsized portion of transaction volume relative to their population size. This phenomenon is being driven by the desire of brand marketers to be more inclusive in their marketing efforts, in response to a changing consumer base. Not only have persons of color gained 12% more market share over the course of the past five years, they have also seen a dramatic increase in their earnings, commanding a 12% to 51% premium over Caucasian influencers.” 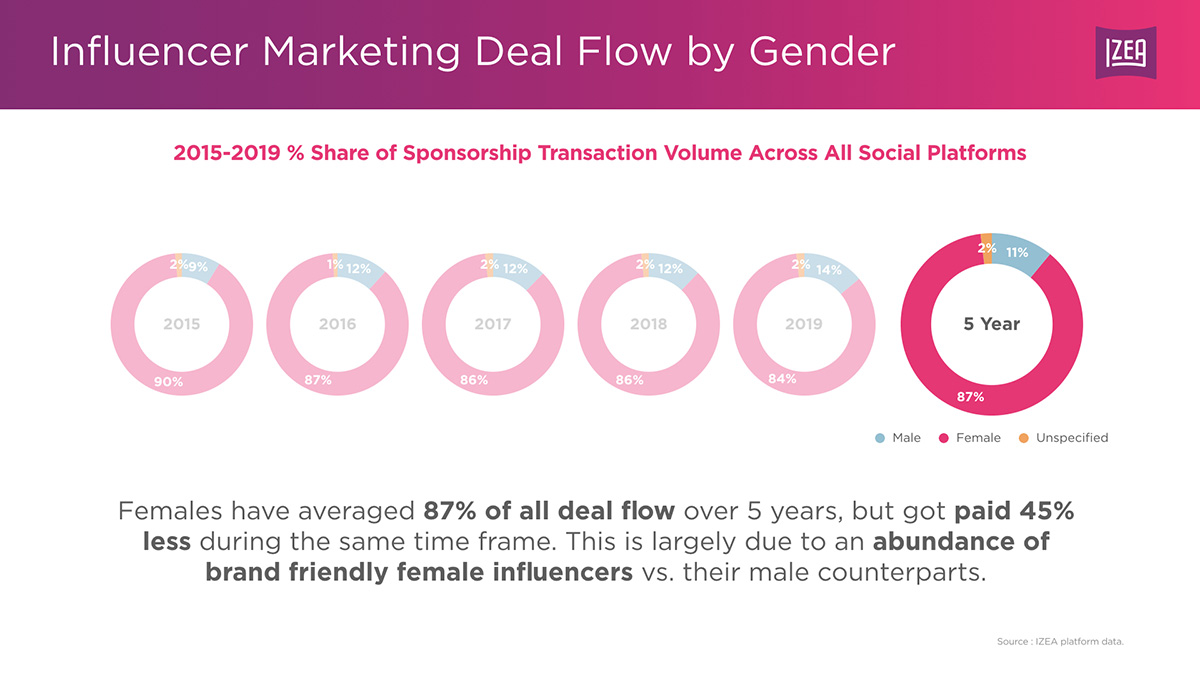 “We have seen a tremendous earnings equalization among various ethnicities and races, yet the earnings gap between male and female influencers persists,” continued Murphy. “We believe this gap is largely due to the abundance of brand-friendly female influencers. Influencer marketing started with ‘mommy bloggers’ more than a decade ago, and females still dominate the landscape today. However, the sheer volume of female influencers vying for brand dollars reduces their pricing leverage compared to their male counterparts. Scarcity and demand largely drive price and unfortunately appear to be working against female influencers, particularly those who identify as Caucasian.”

Visit IZEA.com to download the full report and for more influencer marketing statistics.